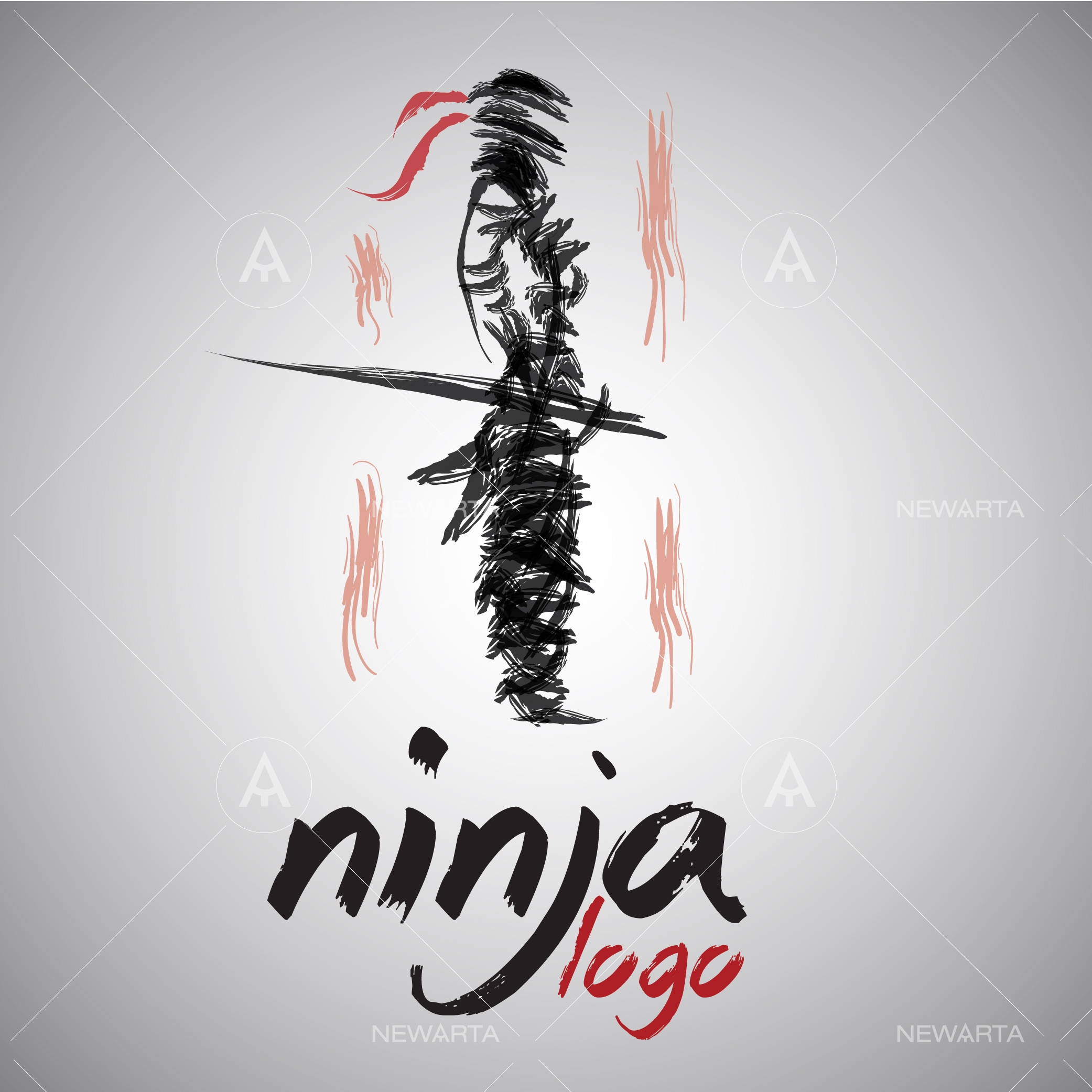 One of the most popular fight figures of all times is the Ninja. With a vast history, Ninjas managed to become special legendary characters that carry a deep spiritual meaning in both modern and old culture. Their skills mixed with their strength and mystery had fascinated masses of people around the world for centuries.  Therefore, for many businesses out there, the Ninja logo might be the best choice to represent their work and services.

Ninjas have a deep history that apparently starts in the 12th century, although their glory period was in the 15th century, in the times of Sengoku’s unrest. More frequent in folktales than in the historical documents, ninjas represented undercover agents, spies or mercenaries in the feudal Japan.

They were highly skilled men in martial arts and the art of disguise, and were hired to spy, sabotage, assassinate or to cause confusion amongst the enemies.

By the 19th century, ninjas had already becalmed a popular legendary figure in Japanese culture. Ninjas were now attributed not only their realistic skills, but many other surrealistic powers. In legends they are able to master and tame the forces of nature. Ninjas could walk on water and had control over nature elements (water, fire, air, earth). Their ability to disguise had developed in invisibility, and their high martial arts skills gave them the surrealistic speed in the legends.

The main reason a Ninja was hired was to practice espionage. Ninjas mastered the art of disguise, silence and secrecy. This is why they are such a good symbol for mystery and privacy. In order to fulfill an espionage mission, a Ninja had to gather lots of information about the enemy. They would spend a good amount of time observing their behavior, studying the terrain and developing complex strategies. Often they would manage to infiltrate into the enemy’s palace and became one of the closest royal court`s friend.  With a great spirit of observation and high manipulation and persuasion skills, a ninja would often manage to find out valuable information such as passwords or communiqués.

Ninjas are a great symbol for dedication, balance and self-improvement.

Often enough Ninjas were men with special abilities that accepted paid missions in order to provide a living for their families. In modern terms they would be considered freelancers that used their self-acquired abilities to make a living. This would motivate them to accomplish every mission. In order to get the best results every time they would have to constantly improve their skills and knowledge.  They would acquire all that by practicing martial arts, meditation and by reading as much information as they could.

Self-control, grace, and precision are some other characteristics that a Ninja would be a great symbol for. When engaged in a mission, a Ninja would always keep a calm spirit. When engaged in a fight however, their moves would be precise, fast and most of all, full of grace. That is the reason why people are so fascinated by Ninja fight movie scenes: their moves are mesmerizing. You will find a Ninja logo suitable for your business if you want to emphasize qualities such as: dedication, determination, productivity and efficiency.

Probably the most obvious qualities of a Ninja are its agility, speed, ability to use weapons with precision and fight skills. A Ninja knows what he needs, and uses weapons to escape any dangerous situation. The most common ninja weapons are: the sword, the stick and the star blades. But mainly, a Ninja would use its own body in a fight, knowing and aiming the weak point of its enemies. Often engaged in a one versus many fight situation, a Ninja is proven to be a great symbol for focus, concentration and multi-tasking. Also we encourage you to use a Ninja logo if your business involves good time management, focus on client’s needs, and fast service delivery.

The most attractive Ninja characteristics however, are their legendary surreal powers.

In the legends, Ninjas are often believed to be able to become invisible, control the elements of nature, shift their shape, split into clones, transform into animals or bird and the ability to fly. Ninjas therefore, become a great symbol for overcoming obstacles by any means. Nothing can stop them, and apparently they can escape any dangerous situation using anything they have near, or using one of their surreal abilities. In this context, a Ninja logo would be the perfect choice to send the next message: we can and we will do anything needed to fulfill your requests.

Ninja logo concept for your business

Choosing a logo for your brand might not be the easiest thing to decide. Often enough, your logo will be the first thing people will see when they will find out about your business. Many people base their first impression about your business on your logo. This is why you need to make sure that your logo is representative, that it emphasizes the main qualities of your services and that it has a deep meaning, a meaning that your business is built on.

A Ninja logo might me just the right choice for you. As presented above, when choosing a logo for your brand, you need to consider what message it will send to your clients or your future business partners. Well, a Ninja logo can tell a lot about your business. It can emphasize qualities such as: agility, privacy, speed, grace, dedication, determination, discipline, wisdom, loyalty, great human skills, multi-tasking, balance. Here are some businesses and industry branches were a Ninja logo will be the most suitable: sports, tech, online and web services, food delivery, restaurants, gym, dance, teenage and kids adapted services, etc.

Ninjas were hired because they were the best at what they were doing. Choose one of the Ninja logos we provide to send your partners and your clients a deep and strong message: you are the best at what you do! A Ninja symbol has a strong rezoning in one’s conscience, so use it to send subliminal messages that will make your business boost for sure.

One thought on “Ninja Logo concept Design and Symbols”